Solar energy is one of the most important and influential topics of our time, but it can also be overwhelming to someone who hasn’t studied it before. If you’re curious about Solar energy but don’t know where to start, this guide will explain the basics and lead you through the process of choosing, installing, and using Solar power in your home or business to save money and help protect the environment. Let’s get started!

What is Solar Energy?

Energy from sunlight is captured and converted into usable electricity by Solar panels through a process called photovoltaic (PV) conversion. PV conversion works by taking electrons in a semiconductor material and exciting them with photons from light. These energized electrons can then flow through an electrical circuit, providing energy that can be used by appliances or stored for later use.

What are Solar Panels made of?

The Solar panels you see on most rooftops are made of a material called crystalline silicon wafers which is the main component. These are also used in semiconductors and microchips. Silicon makes for an excellent choice for photovoltaic cells because it’s cheap, abundant, and easy to manufacture into large sheets or flexible films for use in things like building-integrated PV or traditional single-crystal ingots that can be easily cut into smaller cells used in rooftop installations. Some common types are called monocrystalline, polycrystalline, and thin-film.

An inverter is an electronic device that converts DC (direct current) from Solar panels into household AC (alternating current). Inverters are included in Solar panel kits, and they make it possible for homeowners to power their homes with a renewable source of energy. Solar Inverters also allow homeowners to charge their electric vehicles (EVs) with EV chargers. While there are many kinds of inverters on the market, some of them are more sophisticated than others, when buying an inverter it’s important to consider its voltage output/input, system compatibility, efficiency rating, upgrade capabilities, warranty period, and cost.

A string inverter is a standalone unit designed to convert DC energy into AC, which can then be fed straight into a home’s electrical system. String inverters work on the series circuit of Solar panels that have been connected together in order to get more power. The downside of these systems is that if one panel doesn’t produce enough power or breaks down, it affects the entire system and may not receive as much sunlight as hoped for. On the plus side, string inverters are inexpensive and easy to install. Large commercial buildings often use string inverters because they are less expensive than other methods for converting DC into AC.

If you have a grid-tied PV system, you likely are familiar with microinverters. They are small inverters installed underneath each Solar panel. This means that if one Solar panel fails, it is easier and faster to isolate which panel is causing issues. Microinverters also provide power output readings for every individual Solar panel, giving you better information about your system’s health and performance. In addition, some owners find that they get higher efficiency ratings from their panels when they use microinverters. 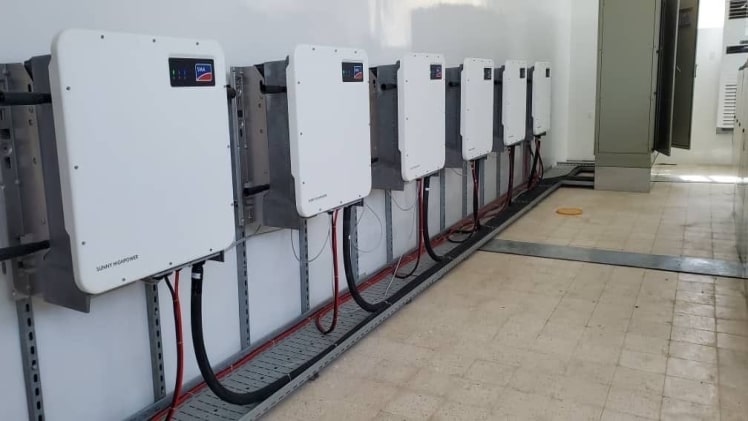 The two main types of inverters used in most systems today are string and micro-inverters. String inverters are low-cost units that cover a series of panels. A best-priced Solar Inverter is the one that can fulfill all your requirements with its high-efficiency ratings, long product life, and many more benefits that come with it. SMA Inverters are one of the best solar Inverters available on the market. You can have a look at their performance details online. Power Store is also known for offering an excellent range of Solar Inverters. You may not find any other Solar Inverter better than these. They are efficient, easy to install, require less maintenance, and can be found on Solar Cellz as well with quality installation service.

There are three types of solar power batteries available on today’s market which are Lead-acid, Lithium, and Nickel batteries.

Flooded lead-acid, valve-regulated lead-acid (VRLA), and sealed, maintenance-free AGM batteries are types of lead-acid batteries. For homeowners who want all the benefits of solar power but don’t want their house running off-grid, these sealed batteries are a great option. With these batteries, you can take advantage of DC capabilities by attaching them to an inverter.

Lithium batteries are one of the best options due to their long life, higher discharge rates, good depth of discharge (DoD) and lighter weight than other battery options. They do require a good amount of monitoring and maintenance when they’re used on solar power systems which is why they aren’t as commonly used as lead-acid or nickel batteries. They’re also more expensive than other types of solar power batteries but over time prove themselves to be an excellent investment.

Nickel-cadmium (NiCd) batteries are less common due to their shorter life span and heavy weight. Nickel-metal hydride (NiMH) batteries are a better option, with higher capacity and lower weight but can still be very expensive if you’re using them for solar power systems. 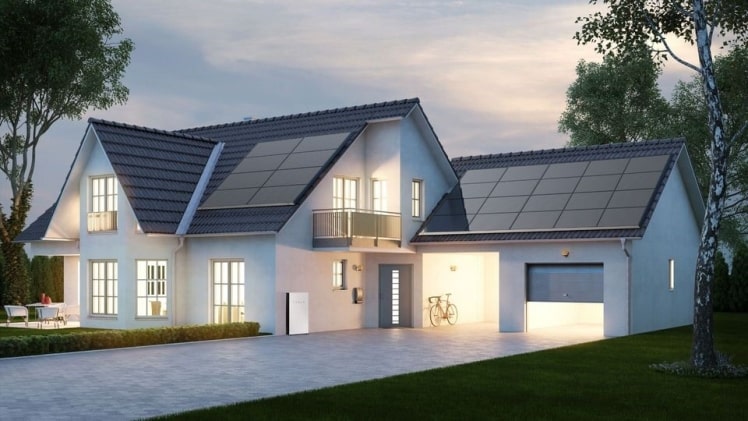 Electric cars are taking over, and while they offer some great perks like virtually no emissions, zero fuel costs, and a dramatic reduction in your carbon footprint, they also need recharging. The average electric car takes 8-10 hours to charge using a regular wall outlet. Solar EV chargers reduce that time drastically by channeling energy from Solar panels into a battery connected to an EV’s charging port. A full charge will cost a minimum when coupled with solar power!

Integrated Solar EV chargers are a type that is combined with the home inverter. It can divert surplus power from a solar array to your electric car charging port. Others can supplement grid power with solar energy for boosted charging. When there isn’t enough sunlight, you can still use a standard charging station or plug it directly into a wall outlet.

Before installing Solar panels, it’s important to evaluate how you use energy and consider if there are any changes you could make in your daily life that would minimize your carbon footprint. By doing a little research on your own, and asking some important questions before getting started, you can be sure that a major investment in Solar power is actually going to pay off in more ways than one.

Some common questions include: Which type of Solar panel do I need? How much space is there on my roof for Solar panels? How much electricity do I use each month? Where can I sell extra energy produced by my Solar panels? What types of rebates and tax credits are available for solar installation in my area? 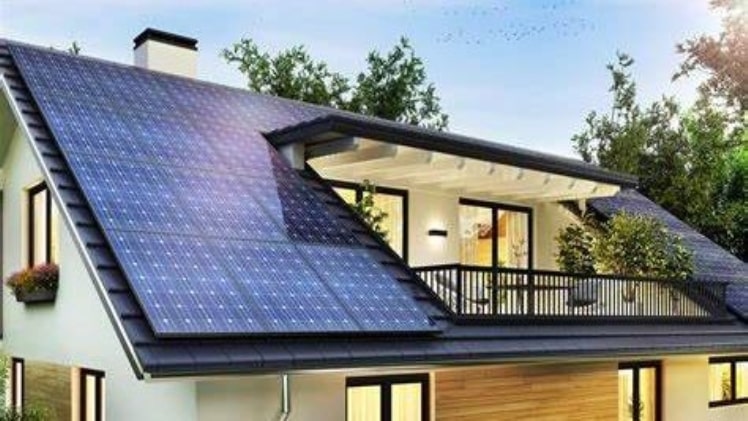 How Much Do Solar Panels Cost?

A typical Solar panel installation will set you back anywhere from $10,000 to $25,000 depending on your location and energy needs. In the United States, a single Solar panel can cost between $200- $250 as per quality and other factors including monocrystalline or polycrystalline type, output, and efficiency rating of the system.

Solar Cellz USA is one of the few solar companies that can provide a complete solution of high efficiency, lowest cost Solar panels & inverters with the best quality from best manufacturers in the world. Apart from that, they can help to carry out energy audits & will assist you in getting favorable finance options available for your business or home investment. 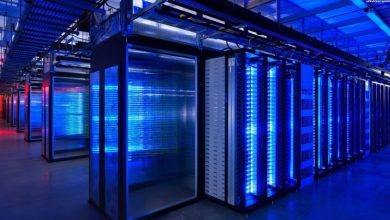 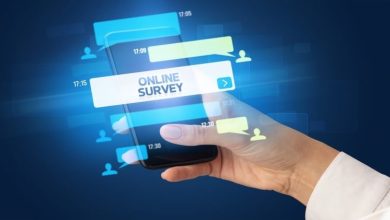 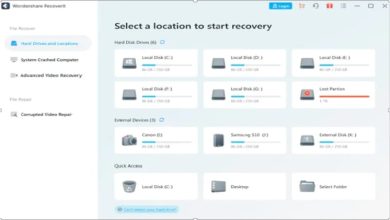 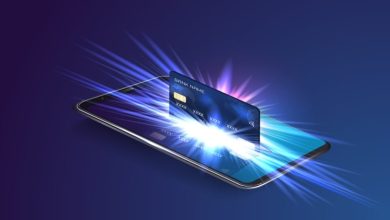 How Does a Virtual Credit Card Work?