Predictions for the Cannabis Industry in 2022

Cannabis has undoubtedly advanced over the years. The cannabis plant, formerly a detested substance, is now the center of the fastest-growing sector in the United States.

As a direct result of extensive legalization campaigns and a sharp rise in social acceptance, the worldwide cannabis business is now worth billions of dollars.

Therefore, this article will walk you through all the major cannabis industry statistics for 2022, including usage of figures, employment demand, B2B growth data, and more, whether you’re interested in entering the business or want to know where it’s going.

An Overview of the Cannabis Market

The availability of cannabis products has also increased in the U.S. Although the sector has been expanding steadily for the past five years, there are currently no indicators that it will soon start to slow down.

The cannabis sector is expanding so quickly that it’s getting increasingly difficult to follow its impressive progress. Cannabis sales and industry estimates have grown at a record-breaking rate over the past few years, despite the pandemic’s peak. This trend will expectedly continue as more states move to legalize marijuana.

If you examine this year’s cannabis industry market share, it’s evident that the sector is only increasing and that business is robust as more markets arise and drive expansion. It’s crucial to consider the magnitude of the cannabis market in the United States and each state.

March got underway with the release of the most recent projection from BDSA, a market research firm specializing in the legal cannabis industry, which included cannabis sales statistics for the U.S., Canada, and international markets.

According to the most current five-year rolling market forecast update from BDSA, worldwide cannabis sales for 2022 will surpass an estimated $35 billion, an increase of nearly 22% over 2021 sales, which reached $29 billion.

The amount will approach $61 billion by around 2026, implying a compound annual growth rate (CAGR) of more than 16%.

Statistics on Cannabis Use in 2022

Following are some of the most noteworthy figures on cannabis use in the U.S., where it is still rising. The highest figure recorded to date is 49% of American adults who claim to have tried marijuana.

By 2022, marijuana will be legal for adult use in 18 states, Washington, D.C., and Guam. In 2022, almost 52 million adult Americans will utilize cannabis products on the recreational and supervised markets at least once. For eight years, the proportion of cannabis users will increase by 4% annually, reaching over 71 million users in 2030.

The market share of Generation Z has increased by a factor of two over the last two years. It is from 8.3% in the initial quarter of 2020 to 15% during the final quarter of 2021, making them the group that has experienced the most significant growth. Meanwhile, data showcased that 22.1% of people aged 18 to 25 claim to have used marijuana recently. All adults over 18 have consumed marijuana at some point in their lives.

According to data, cannabis sales have climbed since 2020 to men and women, although women have seen the most increases. Statistics from early 2020 to late 2021 reveal a 55% increase in female clients’ sales. On the other hand, sales to male clients were up by 49%.

Use in Medicine and Recreation

In the United States, managing stress (21.9%) and mental health (21.5%) are the two most common medical benefits of cannabis use. In comparison, 55% of cannabis users in the U.S. claimed to use the drug for medical and recreational purposes.

CBD is a broad category that has gained popularity since it was legal on a federal level in 2018. Despite the potential differences between CBD and marijuana users, it’s crucial to identify consumption in this group.

In April 2020, a medical prescription savings firm conducted a similar study and discovered that 45% of current CBD users increased their substance use once the epidemic started.

Intriguingly, their 2020 study discovered that 49% of CBD users use the substance to alleviate tension and anxiety, roughly 30% greater than was reported in the 2019 surveys, so buy CBD products here.

Demand for Jobs in the Cannabis Industry

Positions like extractors and skilled budtenders have been made possible by the recently established cannabis sector.

Of course, most of those positions are in I.T., primarily web development and graphic design, and this business also employs many people in previous occupations.

Cannabis businesses were eager to expand their workforces in 2021 when face-to-face encounters are once again possible.

Additionally, a study of cannabis businesses and industry experts revealed that most employees (34.4%) have less than a year of experience in the industry. On the other side, more than 30.6% of respondents have more than five years of industry experience.

As of January 2022, legal cannabis was supporting 428,059 full-time equivalent jobs, according to the jobs report. Last year, the sector added 280 new positions on average every day.

According to the study, employment in the cannabis industry has grown by 33% annually, with 2021 marking the fifth consecutive year with growth above 27%. 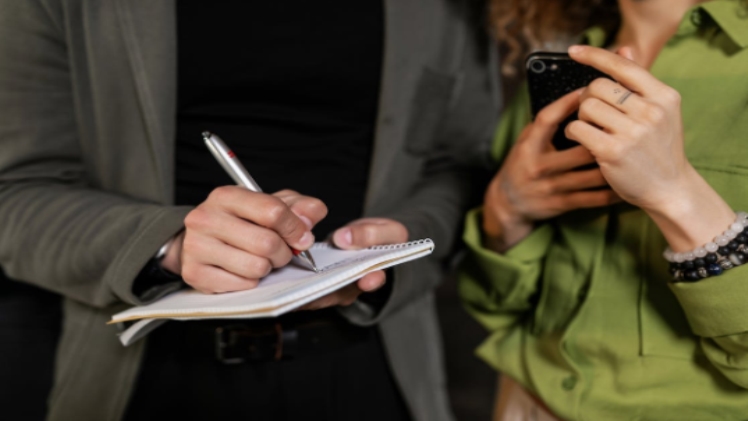 According to the most recent industry statistics, the cannabis market is thriving and does not seem to be decelerating. The level of activity and ingenuity will be astounding as more individuals use cannabis and more business owners enter this market.

It will be interesting to observe what new trends develop when cannabis dominates our industry. So buckle up because, in 2022, the cannabis market will get even more intense and move faster than ever.

Whether you are new in the game or a seasoned cannabis user, we can help you locate the right cannabis products to relieve your symptoms, help you unwind, and help you enjoy life.

Cybersecurity in Online Casinos: Criteria to Follow for Safe Gambling

How to Buy Voopoo Drag 4 From VapeSourcing

4 Simple Ways of Dealing with Constipation During PMS

Tips to Secure Your Financial Future

What Should You Know About Savings?

Choose the best engineering stream based on your theoretical and practical interests!

How A Quality Mattress Can Benefit Your Overall Health

Benefits of Buying Used Machinery through an Online Auction

What Fixes are Mandatory After a Roof Inspection of the House?