Seasons and What to Expect

There’s no doubt about it, Hobart is a beautiful location and one well worth visiting for families, couples, and even individuals. According to the latest statistics, Hobart is home to at least half of all Tasmanians, and it has stunning sights including Mount Wellington and the waterfront.

You’ve decided that you want to visit Hobart (great decision!), but when should you book a room in Hobart, Tasmania? When is the weather the most welcoming?

Generally speaking, the peak tourist season is between December and February. With temperatures reaching up to the low 70s, these are the warmest months. Typically, January and February are the two hottest months in Hobart each year. While March tends to reflect December, temperatures will start falling as soon as April comes around.

If you’re seeking warmth and a sunny trip to Hobart, December to February is the most reliable period. Once May comes, temperatures tend to fluctuate between the mid 40s and high 50s. Of course, this then leads to June, July, and August where temperatures are at their coldest for Tasmania.

During these warmer months, you not only enjoy the sun but you’re also less likely to encounter weather-related problems. Later in the year, the weather can cause road closures and other issues at Wellington Park. In the past, lots of people have visited during the colder months only to be disappointed that they couldn’t do as much as they wanted on Mount Wellington and in the surrounding area.

Interestingly, December to February being the hottest months doesn’t mean that you will avoid rainfall. With this in mind, be sure to pack appropriately and bring an umbrella. In fact, December has the third-highest average when it comes to precipitation – only August and September have more precipitation. While January is also high, precipitation falls in February.

What about the colder months? Well, those visiting between June and August will enjoy lower costs. However, you’ll also need to contend with snow. With temperatures struggling to get over 50, many attractions close their walking trails in the colder months to protect visitors, so it’s important to keep this in mind.

Meanwhile, the periods between March to May and September to November are very much between seasons. While the former still offers access to all the major sights even though the temperature is dropping, the latter will see the snow slowly disappear and attractions reopening.

Best Time of Year to Visit

So, when is the best time to visit? Ultimately, this depends on what sort of trip you want. As mentioned, the months between December and February are considered the peak tourist season. During this period, the weather is at its best and all the sights, walking trails, and tours are open. What’s more, you could also enjoy the following events:

While the weather isn’t as good for the rest of the year, there’s still plenty to enjoy. For example, this includes Spiegeltent Hobart, Ten Days on the Island, Agfest, Blooming Tasmania Flower and Garden Festival, Devonport Food and Wine Festival, and more. Even during the coldest months, you could enjoy Chocolate Winterfest, The Longest Night Film Festival, Festival of Voices, and Dark Mofo.

When is the best time to visit? This depends on what sort of trip you want. While December to February offers the warmest weather, it also comes with precipitation. Decide how you want to see Hobart and go from there! 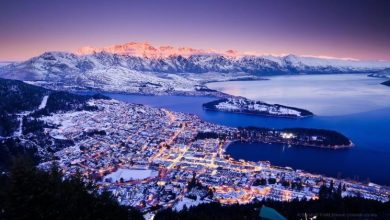 What to Do During Winter in New Zealand? 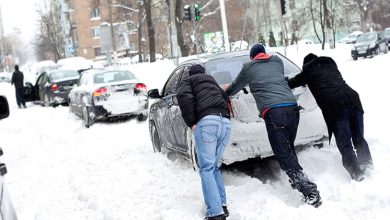